What is Aran Weight Yarn?

Is it the same as worsted weight?  Source A says yes, Source B says no, it’s a little heavier.  All of which is to say, it’s very similar to worsted weight yarn.  The Craft Yarn Council specifically includes Aran weight yarn in the worsted weight category. Very confusing.

What’s a knitter to do?  Swatch!  You were planning on making a gauge swatch anyway, right?  Right??

You’ve probably already heard the story of the fisherman who drowned while wearing his Aran sweater.  By the time his body was recovered, well, he was identified by the patterns knitted into his sweater.

This probably did happen since handmade and heavily patterned fisherman’s sweaters are fairly unique.  But does it mean that these sweaters were designed with great meaning?  That certain cable patterns were unique to certain families?  Maybe.  I’ve read conflicting stories on that, but let’s consider the realities that led to the development of Aran yarn and fishermen’s sweaters.

Before the mass production of sweaters, knitting for the family wasn’t necessarily a special occasion thing.  Getting a new article of clothing was more of a big deal, since they cost more, had to last longer, and were part of a much smaller wardrobe. 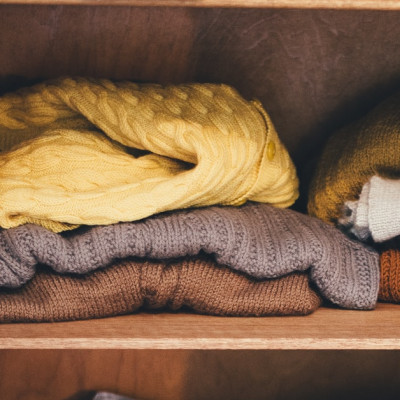 It makes sense that a new sweater might be planned for a gift, for Christmas or birthdays, but also that it might have been made and given out of necessity.  The old sweater showed signs of wear, so a new one was started to replace it.  No gifting or special meaning involved.

The large amount of cabling was practical, too.  All over cables produce a denser fabric, especially one they’re felted.  With the right 100% wool yarn, the right size, and a good felting, these sweaters would be warm and surprisingly water resistant, even out at sea.

What are your intentions? Did you think it was the same as worsted weight yarn?  Did you fall in love with some Aran weight yarn in your LYS and buy a large amount? Are you planning on making a traditional Aran Clan stitch patterned fisherman’s sweater (or jumper)?

You don’t have to use it to make a fisherman’s sweater.  You could use it to make a sleeve for your laptop or ipad.  Staying dry is extremely important for them.  And the projects are small enough that you wouldn’t have lost much yarn or time if your felting or stitchwork don’t produce quite what you’d hoped for.

What about making a felted hat with it.  Your head would stay warm and dry even when it was raining cats and dogs!  But felted clothing doesn’t have much elasticity, so getting the size right is super important.

Of course, you could make a beautiful cabled afghan or poncho.

The point is, you really can make anything out of Aran weight yarn that you would out of worsted weight yarn.  The real difference, if you get a 100% wool Aran yarn, is that it’s unique qualities might be a bit wasted if you don’t use it for outdoor clothing.  And you might want to learn how to felt.

Traditional Aran weight yarn was always made out of 100% sheep’s wool.  This is no longer the case.  Aran weight now is simply a weight class:  a slightly heavier than worsted weight yarn that you can do anything with. 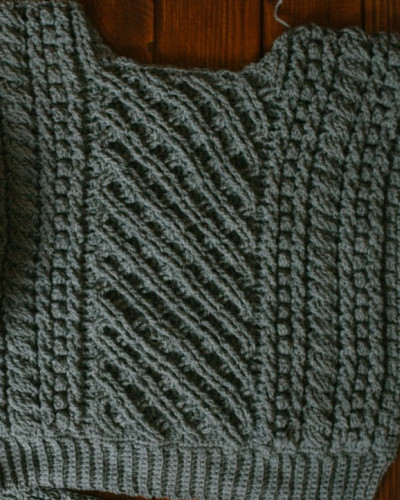 There is one feature that any yarn calling itself “Aran” should have.  It should have good stitch definition.  Whether it’s made out of acrylic or wool, it should show off cable stitches well.

Not all worsted weight yarns have the crispness to show off cable stitches.  A really soft, ultrafine or fuzzy yarn may feel wonderful and lend itself to making  a wide variety of items, especially ones that would go next to the skin, but they don’t always show cable stitch patterns well.

Trust me, after going to  the trouble of making all those cables, you definitely want to be able to see them.

The other significant change to Aran yarn is that it comes in lots of colors now.  The makes me very happy, as the traditional undyed Aran yarn makes me look like death warmed over.

Have you knitted with Aran weight yarn, or “heavy worsted weight”?  Fall’s coming, maybe you have a project in the wings, just waiting for the cooler weather?

We use cookies on our website to give you the most relevant experience by remembering your preferences and repeat visits. By clicking “Accept All”, you consent to the use of ALL the cookies. However, you may visit "Cookie Settings" to provide a controlled consent.
Cookie SettingsAccept All
Manage consent

This website uses cookies to improve your experience while you navigate through the website. Out of these, the cookies that are categorized as necessary are stored on your browser as they are essential for the working of basic functionalities of the website. We also use third-party cookies that help us analyze and understand how you use this website. These cookies will be stored in your browser only with your consent. You also have the option to opt-out of these cookies. But opting out of some of these cookies may affect your browsing experience.
Necessary Always Enabled
Necessary cookies are absolutely essential for the website to function properly. These cookies ensure basic functionalities and security features of the website, anonymously.
Functional
Functional cookies help to perform certain functionalities like sharing the content of the website on social media platforms, collect feedbacks, and other third-party features.
Performance
Performance cookies are used to understand and analyze the key performance indexes of the website which helps in delivering a better user experience for the visitors.
Analytics
Analytical cookies are used to understand how visitors interact with the website. These cookies help provide information on metrics the number of visitors, bounce rate, traffic source, etc.
Advertisement
Advertisement cookies are used to provide visitors with relevant ads and marketing campaigns. These cookies track visitors across websites and collect information to provide customized ads.
Others
Other uncategorized cookies are those that are being analyzed and have not been classified into a category as yet.
SAVE & ACCEPT